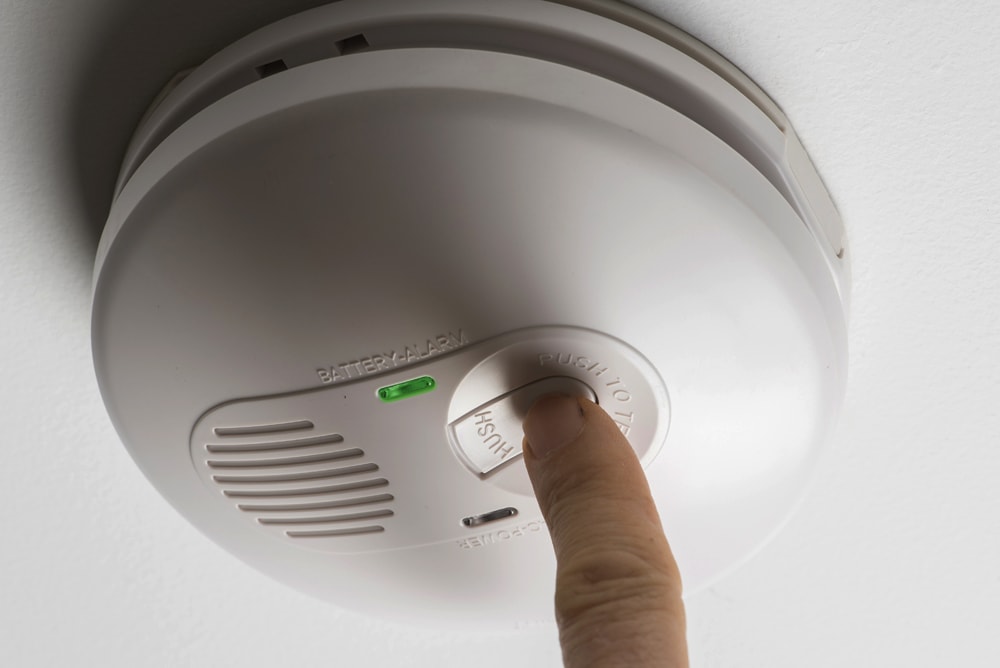 Not sure which is which and what’s what? In this blog, we’ll give you a rundown about the types of detectors so you can avoid confusion and feel confident your property is protected.

One of the most misconstrued terms is fire detector, as it’s often used as an overarching term.

‘Fire detector’ is just a broad term used to refer to a mechanism that is part of a range of systems.

In essence, a fire detector it’s just one element of an ’automated fire detection and alarm system’, the same way that a motor is part of the car, not the car itself.

Essentially, all detectors will have a ‘fire detector’ in them that recognises fire, usually by monitoring heat or particles in the air (smoke).

But if you’re guilty of calling everything a fire detector, that’s okay too; as professionals, we will know what you need either way.

Here’s a quick breakdown of what alarms, detectors and systems fall under the generic ‘fire detectors’ umbrella.

Smoke detectors are a form of fire detector that is often confused with smoke alarms.

A smoke alarm is an all-in-one, self-contained device powered by a battery or mains power, and has a built-in detector.

Smoke alarms can be:

Ionisation – not generally used these days as they are more susceptible to false alarms.

Photoelectric or Photo-optical – most common for residential properties.

Another form of fire detector is heat detectors (also known as thermal detectors).

Heat detectors work similarly to smoke detectors. However, they’re activated by the temperature increase of a heat-sensitive element instead of smoke, which signals an alarm.  These are generally used more in kitchens and garages.

One of the downsides to heat detectors is the thermal lag. This is because the thermal mass and conductivity of the element regulate the flow of heat into the element, and thus, its reaction time is less speedy than a smoke alarm. By the time it detects the heat and activates the alarm, the smoke could already have affected the occupants.

A fire detection system is a combination of many separate components (including a fire detector), connected to a central control panel, also known as the Fire Indicator Panel (FIP).

The fire detection system has devices (typically in the form of smoke or heat detectors) installed throughout workplaces, high rise buildings and apartment blocks, which relay information back to the FIP. In a fire, the FIP, in turn, sends a signal to the relevant outputs. These can include warning devices that will alert the occupants, prompting immediate evacuation procedures.

Other outputs can be triggered by the fire detection system, including:

Each part of a fire detection system has its own inspection requirements, so it’s important to consult a professional to ensure it’s installed, maintained, and tested according to Australian standards.

If you’re still a bit unsure of what fire detector is suitable for your building, worry not; our team at Betta Fire Protection can easily let you know what option is the right one for you. Give us a call today on  (02) 8669 9100 to discuss your detector needs.